I’ve got a confession to make. I made a stupid mistake when it comes to personal finances. I started investing my money before doing of the most important things when it come to personal finance. Investing is great and I’m already starting to see some returns but damn! I didn’t save up an emergency fund. It’s the first thing you learn about personal finance and as much as I preach it to other people, I’m guilty of not practising what I preach.

Of course the universe has a way of showing us the error of our bad decisions and over the course of the next month I’m going to be in and out of the dentist. (Apparently grinding my teeth which I sleep is not a normal thing to be doing.) This whole affair is going to cost me roughly $700 by the time I’ve paid for the appointments and the mouth guard. That’s $700 I don’t really have which is why it’s so important to have an emergency fund saved up. Luckily the dentists in Australia mostly have payment plans so I’ll be able to pay these bills off in instalments without it doing too much damage to my cash flow.

What is an Emergency fund?

An emergency fund is sort of like a self managed insurance. It’s a stash of money that you keep aside in the event of an emergency which could be anything from dental work, car accident or even unemployment. Did you know that 4/10 Americans wouldn’t be able to access $400 in the event of an emergency without selling off assets or going into debt? That’a nearly 130 million people or more than 5 times the population of Australia.

If you could save up $400 for the event of an emergency then you would already be doing so much more than nearly half the population of America. Remember my case though. Looking at $700+. That $700+ is for minor dental work too. Imagine if I needed some major work priced in the thousands! *Shivers*

Looking at your budget, try to figure out where you could set aside some money each week to put towards and emergency fund. If you can put $21 aside each week for an emergency fund then in a year you’ll have $1k which trust me, would make a huge difference in the event of an emergency.

How much money should be in an Emergency Fund?

The amount varies depending on a few different variables from whether you have private insurgence, mortgages and other expenses. Most experts say that you should have from 3-6 months of living expenses saved up. This doesn’t include things like going out for dinner or the bar on Friday nights. These things are your loans, your bills, food and fuel etc. It seams like a huge amount to save up and it can also look pretty overwhelming to someone who is just starting which is why I choose to have goals to work towards so that the process is a little less tedious. Considering i’m about to start saving for my emergency fund, I’ll show you what my plan is.

First Goal: $400. When I reach that goal I know that I am in a better position than a lot of other people which serves as some peace of mind. Things could be worse

Third Goal: $3000. There it is. That’s one month of income right there. I know that if anything happens, I’m all good for a month.

Fourth Goal: $9000. There it is. There is my three month of emergency funds saved up. I’ve done good. Now lets do it one more time to be sure.

Sixth Goal: $18,000. There we have it. I’ve got six months of income saved up. If I’m eve in an Emergency then I know that I have enough money for the next six months to get things back on track. 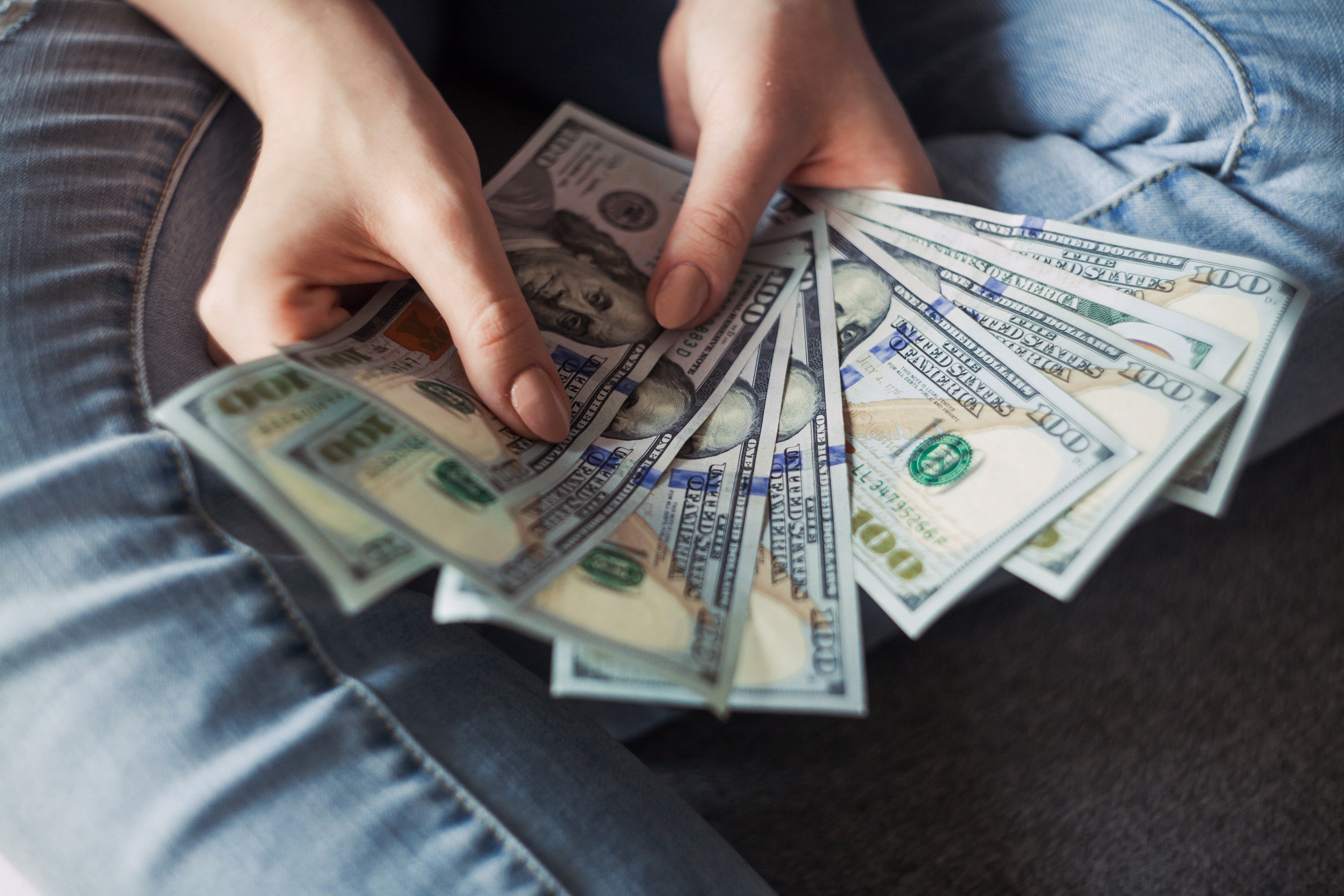 What is P2P Lending?

To decide whether it’s a good investment option you have to understand what it is and how banks lend money out. If you own a bank account then you are already lending money out to people. You store your money in the bank, and the bank lends that out and you earn interest on it. The bank uses your money and assumes the risk of the loan.

With P2P lending it get rid of the bank which was the middle man and there are a few advantages and disadvantages to this.

When you get rid of the bank and lend money out using a P2P network like Ratesetter or Lending Club, you get a higher rate of interest on the repayment of the loans. When you have your money in the bank you might earn 2-3% interest but with P2P you can get a higher interest rate at roughly 6-8 percent and depending on your level of risk it can go higher than 10%.

A quick one for borrowing as well. Because of the nature of P2P, it cuts out a lot of the normal bureaucracy that happens in the bank which means it cuts costs. Generally, because there is less bureaucracy involved, they can offer a lower competitive interest rate compared to the banks meaning if it was a choice between the bank or P2P, overall P2P is going to win out on the interest rates.

It is a very cheap investment to get started on with Ratesetter having a begging investment of only $10 and other brands with minimum investments around the same price.

This is where I would have to state that I personally don’t recommend investing in P2P Lending platforms. I have $100 in Ratesetter at the moment and when the loan comes to maturity I’ll be taking that $100.27 out of the account. That leads me to my first con.

Liquidity, or lack thereof. When you invest your money in P2P lending you don’t have access to that money and interest until the loan has been repaid (Understandably). The lack of liquidity is the biggest reason why I’ll be divesting when my loan has been repaid. Most lending platforms offer 3-5 year loan terms which means when you invest in a loan, you will slowly be paid back over the 3-5 years your principal plus interest. You can’t sell your loan like a share so if you invest $1000 it could be 3 years before you see that $1000 come back with $180 interest. This ties into my next point.

There is a possibility for you to lose your entire principal if a borrower defaults on their loan. Ratesetter offers a provision fund to protect it’s lenders but it is still not a guarantee that you will not lose your entire investment which Ratesetter themselves stress in their own information document about their provision fund. With the lack of liquidity you need to take into account the economy. It’s possible that there will be another recession which could result in millions of people losing their jobs, some of those people being your borrowers. In the event that happens I don’t see it as unlikely that the Ratesetter provision fund could run out. Because you can’t sell your investment, you might just lose the whole lot.

Tying back in with losing your entire principal, when you use P2P lending, you assume the risk of investment. Usually the bank assumes the risk and if the bank loses money that it invested from your account, you don’t wear the cost of that, they do. With P2P, you assume the risk hence the realistic likely hood to lose your capital. Also, if these lending companies go bankrupt, it’s likely that you will lose your principal there as well because the first people to get paid are the creditors of the company and technically you aren’t a creditor of the company, more like a user of their platform, so if they go bankrupt, you won’t be at the top of the list.

So what’s the verdict?

That con list is a little bigger than the pro list. As I previously stated, I have money invested within Ratesetter and I’ll be pulling that money out when the loan matures. My personal opinion on the matter, is that there are just better investment options out there that offer the same if not a better ROI compared to P2P lending as well as those options being easy to liquidate in the event that you wish to either access the money or move the money to a new investment. The lack of liquidity and not very competitive ROI means that it’s a no from me.

However if you want to borrow from these platforms, they do offer a very competitive interest rate compared to the banks so you can save your self thousands buy using these P2P platforms for borrowing as opposed to lending. 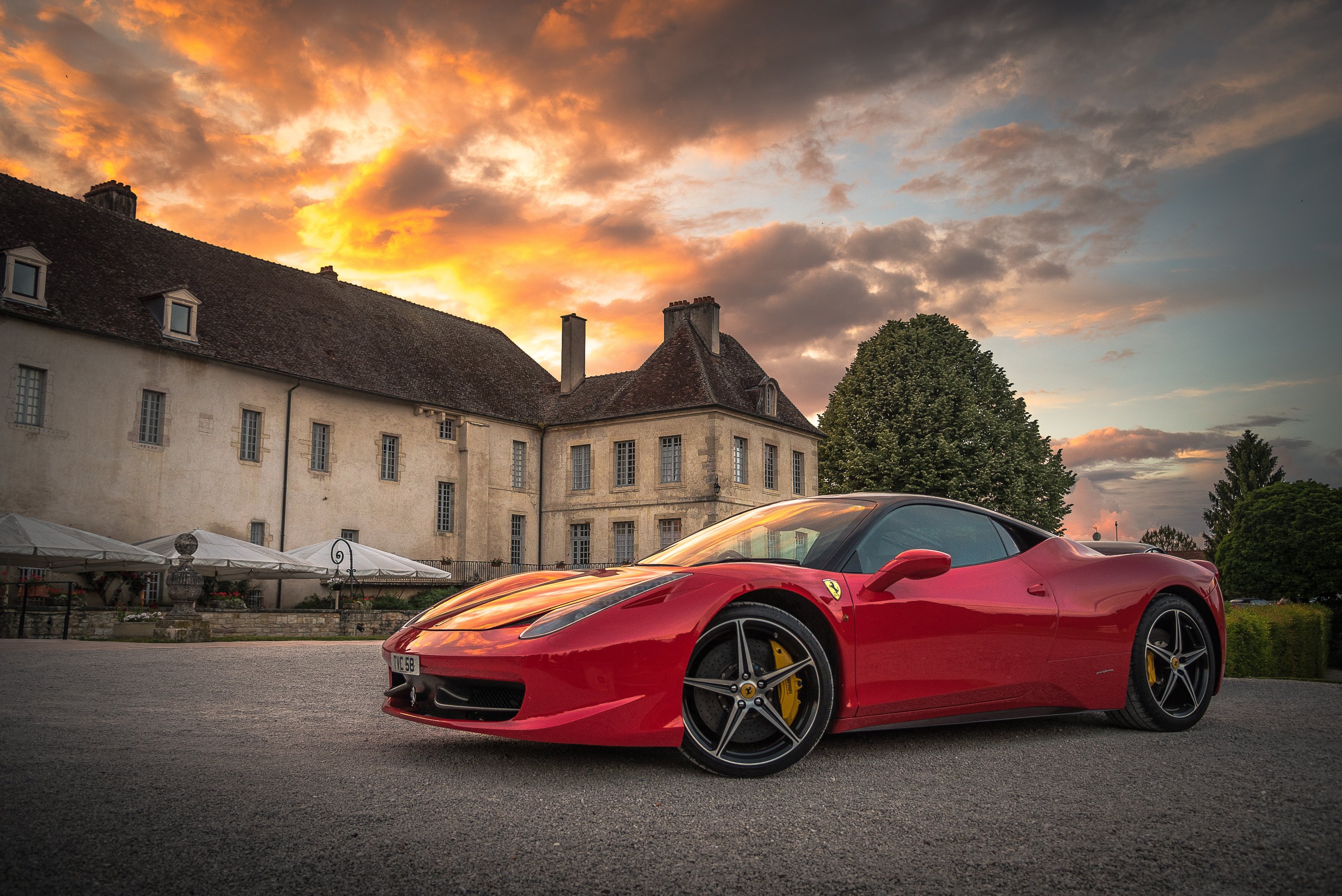 It’s all about how you think.

Morning break conversations are where it’s at. What is the meaning of life? Have you heard about the current world politics? How are the kids? Did you hear that Barry Gary just quit? It’s a really great small chunk of time in our day where for a small time we can have absolutely meaningless discussion or deep and thoughtful conversation.

So this mornings conversation with my coworker stretched from religious freedom to work life attitude and eventually money. He quoted Warren Buffett (A quote which I don’t have much time to validate) and said, “It’s all about how you think. If you make $10 and only spend $7, and another man makes $100 and spends $101 dollars, which one is rich?” Obviously the answer is the first man with a surplus instead of the second man with a deficit. This is stuff that I already know about, but it’s nice to have a reminder every so often to keep an eye on lifestyle creep.

Sort of like a real creep only lifestyle creep doesn’t take photos of you on public transport. Lifestyle creep occurs when we start to have access to more money either through savings, a promotion at work or paying off a loan. We start spending more money on things that we used to consider a luxury but now consider it a right. It’s things like a more expensive bottle of wine on Friday nights, more expensive clothes or a TV cable channel. The point is that lifestyle creep when left unchecked can spiral out of control until, even with more money, we save less than when we were making less money. Luckily for me my luxury is my tin of Milo and I make sure to keep that in check.

Lifestyle creep can mean we don’t have enough money in savings or to invest in assets. A US Federal Reserve report in 2017 stated that 4 in 10 Americans Adults couldn’t produce $400 in the event of an emergency without selling something or sliding into debt. That’s nearly 80 million people and or their families. That’s just over 3 times the population of Australia that are financially unprepared for an emergency, both low and middle income earners.

Finances are an important part of our life so we need to remember the multiple facets of personal finance, which is why it’s always good to assess if and how lifestyle creep, is creeping up on you.